Throughout Garrett County’s history the Youghiogheny River has been a source of transportation, economic importance, and recreation. 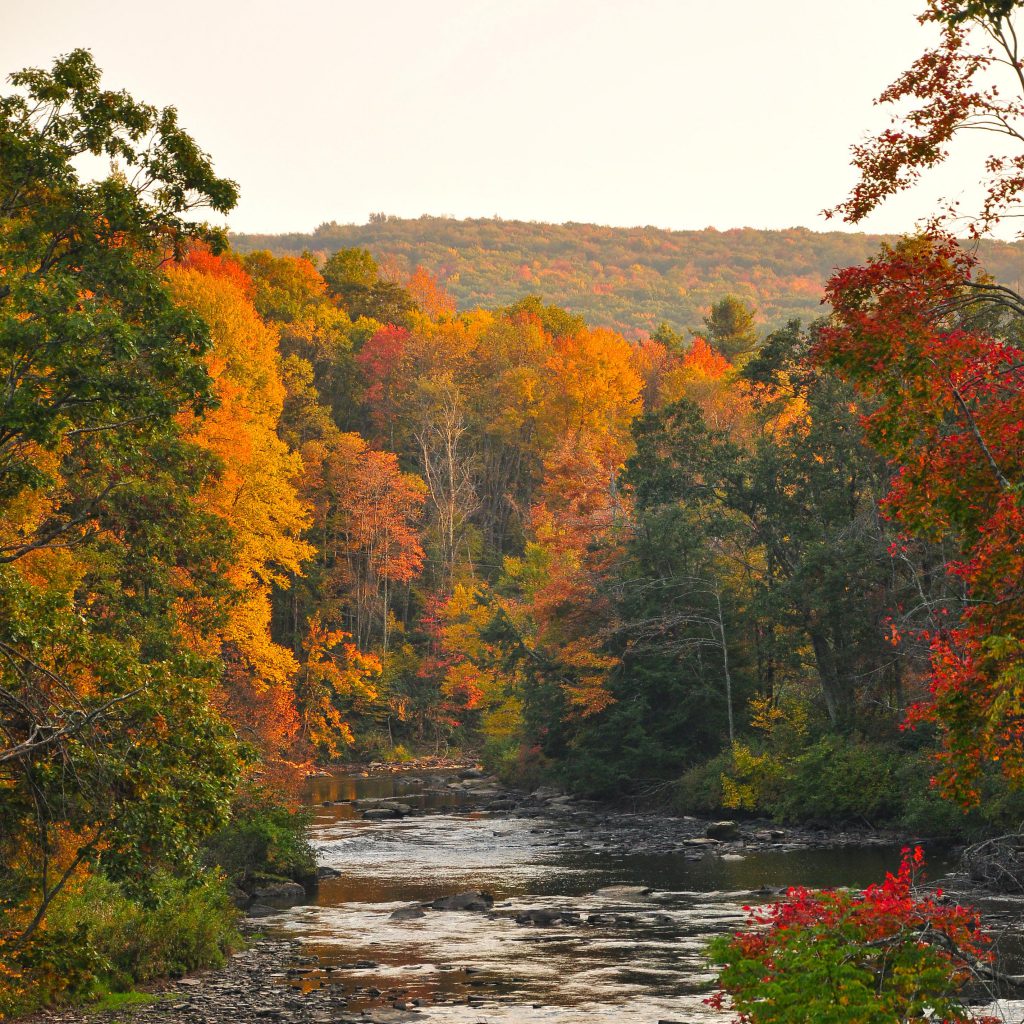 The Youghiogheny River was used by Native Americans with canoes for centuries, spending time along its banks for hunting expeditions, trade and even war. When white men appeared in the area, they adopted the canoe as a means of traversing the river.  The first written account of white men’s use of canoes on the Yough was made by a young George Washington.  On May 4th, 1754 he wrote: “Embarked in a canoe with Lieutenant West, 3 soldiers and one Indian…followed the river for about half a mile…I ordered my men to wade as the water was shallow enough, and continued myself going down the river.  Now finding our canoes were too small for six men, we stopped and built a boat; with which, together with our canoe, we reached Turkey Foot.”  He followed the river in his search for a water route to Fort Duquesne (now Pittsburgh), but he gave up when he encountered the falls at Ohiopyle and the rapids below.  This event changed history.  Soon after that Washington’s men fought with a group of French scouts at present day Jumonville, which ultimately started the French and Indian war.

Fishing and camping beside along the banks of the river were the early lure of the river.  The shallow depth of most of the river limited boating to a few select areas.  Rocks and snags often punctured the hulls of wooden canoes.

The introduction of the aluminum canoe in early 1950 opened the door for future whitewater enthusiasts.   Rocks and snags only dented the aluminum hulls.  Canoe paddlers discovered calm flatwater and challenging rapid that were previously unexplored.  Less expensive Army surplus inflatable rafts also became popular and were able to go through rapids too powerful for canoes.  As the equipment advanced, so did the ability to conquer even more difficult whitewater.  Eventually, light weight fiberglass kayaks we are accustomed to seeing today allowed paddlers to go where rafts could not.

The Yough and Deep Creek Lake

Deep Creek Lake itself is an important by-product of the Youghiogheny River.  Over ninety years ago, the idea was conceived to harness the power of the river and its tributary Deep Creek for the production of electricity.  An earth and rock fill dam was constructed and remains much as it was then.  It is about 1,340 feet long and crosses Deep Creek about 1.75 miles upstream from it’s confluence with the Yough.  Water from the lake is transported to a powerhouse capable of producing about 18 megawatts of electric power.  The creation of the dam and the 3900 acre lake that resulted had a distinct impact on the economy of Garrett County, making it a tourism center for the surrounding urban areas.  The Deep Creek dam also made the Yough a more “runnable” river for whitewater paddlers.  The scheduled water releases raise its level, increasing the fun and excitement of the already challenging river.

Throughout time, the Youghiogheny River has played a big role in the development of the area and our country.  Today, the Department of Natural Resources manages the river in an effort to preserve the valley for the enjoyment of future generations.

Whitewater boating has become an increasingly popular way for many to experience the wildness of the Youghiogheny. Sections of the river are extremely difficult and potentially dangerous. You should contact a local rafting companies to plan an excursion. They offer family friendly paddles along with more thrilling guided trips.

The Youghiogheny River Catch and Release Trout Fishing Area is four miles long beginning at the Deep Creek Lake Power Plant and ending at the Sang Run Bridge. The trout fishery is supported by annual stockings of brown and rainbow trout. Click here for additional information, access points and directions.

Hunting and fishing are permitted in the park during regular seasons. Applicable regulations and license requirements apply.